Japanese Knotweed Control Methods: How We Do It

Why is Japanese Knotweed considered so problematic?

Japanese Knotweed is listed on schedule 9, part 2 of The Wildlife & Countryside Act 1981, under which it is an offence to ‘plant or otherwise cause it to grow in the wild’. It is an invasive, potentially destructive plant. Under certain conditions, it can cause serious damage to poorly constructed and very old outbuildings, drains, paths, underground services, cause heaving in tarmac or poorly laid concrete surfaces.

Although aesthetically pleasing, it is widely considered as the most widespread and invasive non-native species of plant in the UK and Ireland today. Originally introduced into Britain as an ornamental garden plant over 150 years ago, with no natural pesticide and being able to grow unhindered within poor soil conditions, due to the aggressive growth pattern it has been allowed to spread rapidly throughout the country at an alarming rate. With full growth, it can reach heights of 8′- 9′ tall and will suppress native vegetation and create a rhizome network (root system) several metres below the surface.

Because Japanese Knotweed has gained nationwide publicity in recent years numerous times, the presence of this invasive plant is likely to have an adverse impact on future property sales/purchases. Though a recent study conducted jointly by Leeds University and AECOM found no evidence that Japanese knotweed causes structural damage, this could lead to added unforeseen costs, despite a recent study by the University.

Unfortunately, there is no one solution that will guarantee every UK lender will accept a mortgage application. Each UK mortgage lender has its own policies when assessing applications whereby Japanese knotweed is present on or near the property for sale, and it is fair to say that there is a handful who have very strict protocols in place. For example, we have first-hand experience of a particular mortgage lender declining an application when Japanese Knotweed was mentioned in a Homebuyers Report, despite the infestation being on adjacent land in excess of 20 metres away from the boundary and double the distance of any ‘permanent structure’ on the property. Conversely, there are other lenders who have adopted a more relaxed outlook and generally speaking, the majority of lenders policies would stipulate that at the minimum, a treatment plan (often referred to as a management plan – (click here for more details) be put in place by a suitably qualified contractor which can be supplemented by an Insurance Backed Guarantee (IBG), as a precursor to a mortgage application being considered.

Should you have any thoughts of selling your home or another property, irrespective of how small the infestation we would strongly recommend you adopt a pro-active approach to having the infestation treated by a suitably qualified professional as early as possible, once positive identification has been confirmed. In contrast, we recommend that anyone who is interested in purchasing a Japanese Knotweed affected property proceed as normal. Providing there is a plan in place by an expert that has a reputable reputation and a 10-year warranty, independently written Insurance Backed Guarantee (IBG), then there really is not a great deal to be concerned about. In the negotiating phase, it will actually work in your favour!

Take a proactive approach instead of a reactive one. It will undoubtedly pay dividends in the long run! 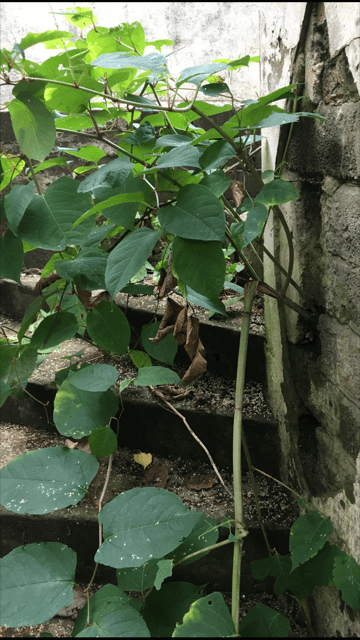 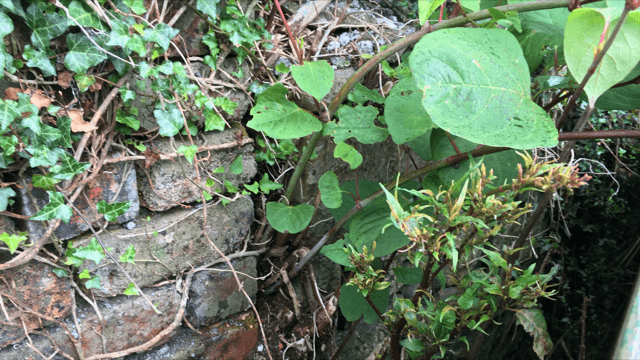 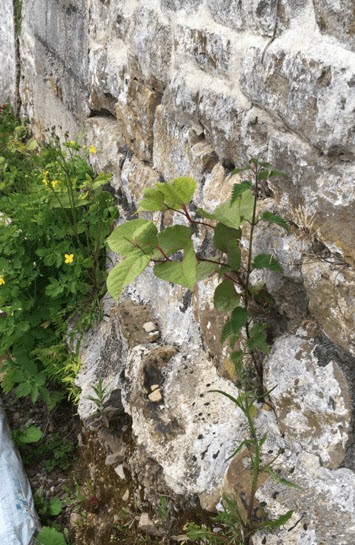 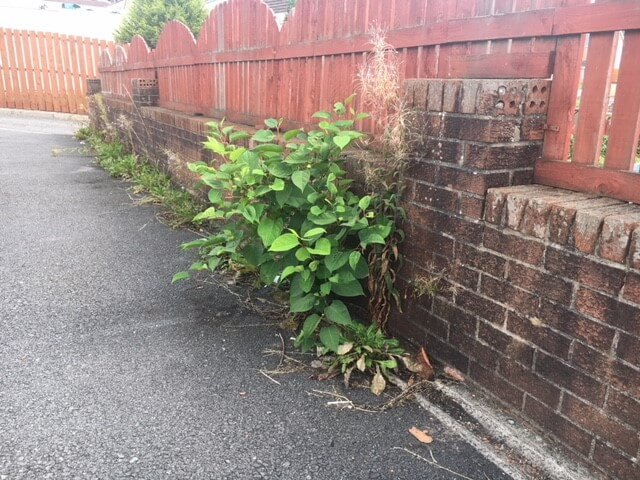 The Risk Assessment of Japanese Knotweed

The chart below displays the criteria adopted by the Royal Institute of Chartered Surveyors (RICS) to assess the risk associated with Japanese Knotweed on residential property and would apply as a consequence of a mortgage application being made to any individual lender within the UK. A chartered surveyor fully accredited by the mortgage lender would be commissioned to carry out a Homebuyers Survey Report on the given property, and should Japanese Knotweed be present the foregoing criteria would apply.

The risk assessment addresses some lender and insurance company concerns and takes into account the real risk to the property. The term ‘habitable space’ refers to the main living areas of the property (such as conservatories) and not the ancillary ones (such as outbuildings and garages).

What does it all mean?

The irony is that although Japanese Knotweed (just like asbestos or damp would be an issue to any property owner/developer) has the capacity to be quite destructive, other plants such as Buddleia (being very commonplace throughout the UK) and Bamboo (less common in the UK) also possess the potential to be equally, if not increasingly problematic. However, the mortgage lenders appear to remain unconcerned with these, with Japanese Knotweed being seen as a solitary threat.

However, there is no need to overstate or exaggerate the facts about Japanese Knotweed, because it is clearly an issue for property owners. The instances of Japanese Knotweed actually causing substantial damage to property are, fortunately, rare. Quite often, poor construction or not being clinical in the ground clearing process contribute to the root cause of the problem.

However, it can grow between concrete slabs and can ‘penetrate’ the cement holding bricks/stone by exploiting the weakest point in its quest for light and water. A very subtle but real difference in terminology. In addition, an established plant can take advantage of pre-existing fractures in an old wall, for example, after it has established itself in the soil for a number of years. It can also cause disruption to underground services, which are usually very old, and cause ‘heave’ the thinly laid tarmac.

“It grows through concrete” and “you won’t be able to sell the home unless it is gone” – That’s what representatives of two companies told us in 2010. We even believed it at first and were on the verge of paying the extortionate fees in advance, without any guarantee of success.

In the foregoing paragraph, we attempted to explain in simple terms what the plant is capable of. Yet, “destabilise the foundations / grow through solid concrete”? These statements are very misleading to say the least and regrettably, some less reputable contractors often use them to cause anxiety in the property owner, for the ultimate objective of financial gain. There have been many instances where we have conducted a site assessment only to be informed by a startled client of a contractor making similar claims, or have read such claims in the media or online.

We will repeat what we always tell our client’s or prospective client’s – Having Japanese Knotweed on, or close, to your property is an issue you should swiftly seek to address, although it is not the big problem it’s often perceived to be or made out to be. 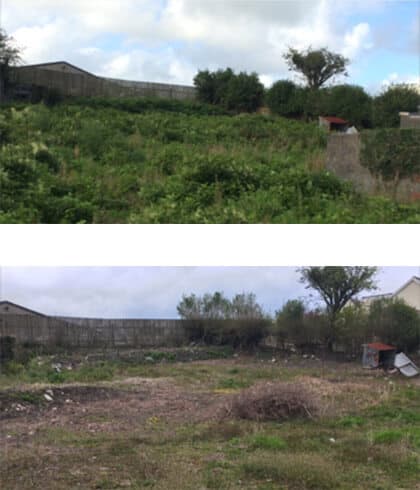